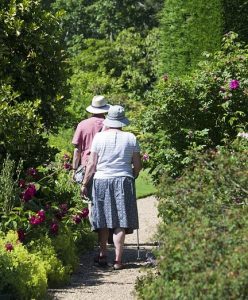 I’ve been thinking lately of how my mom or grandparents would possibly understand all the things going on in the world today. Sometimes I think I would rather have lived in their day and not have to deal with all the changes in attitudes, belief systems, politics, cyber-technology, and societal confusion.

Living in an age where everyone is offended by everything, when being right is more important than being kind, and my computer crashes – taking my precious files with it, is not for the faint of heart. I keep hearing my mom’s words in my head saying

“what is this world coming to?”

My Grandparents lived sheltered from most everything on a little farm in California.

I used to wonder why they lived such a simple disconnected life. Now I understand.

In my grandparent’s world:

Spam was something you ate from a can – the poor man’s convenience food.

Mail was something you looked forward to getting, but not every day. It meant nice Mr. McClary would stop by, hand you a letter from your cousin Margaret and a post card from Uncle Ben vacationing at the Grand Canyon. Then Mr. McClary would sit and enjoy a glass of lemonade with you. Now it’s something that clogs your “inbox” – whatever that is.

Conference Call? Well, that was when you cranked the handle on a little wooden box on the wall and Mildred, the operator, connected you with Bessie Porterfield, and then stayed on the line to listen in. 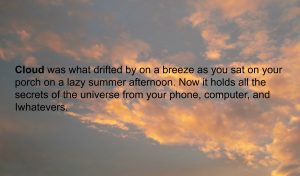 Hacked was what you did to the head of a chicken after you chased them down in the yard. It meant something good was coming for dinner. Now it’s a very bad thing.

Friending someone meant you had them over for dinner, sent them home with a jar of cherry preserves, and took a basket of baked goods over to them when they were sick. Then, of course, you would do their chores and sit and visit for a spell.

Political Correctness meant you didn’t have time to protest the election because you were too busy being patriotic by fighting in the war – and not coming home for four years straight, or not coming home at all.

Twitter was something your heart did when you saw handsome Billy Singleton sitting in the next pew at church. Googling was what he caught you doing at him when he turned around.

A mouse was the little creature Grandpa had been chasing through the kitchen for days, unable to get close enough to stomp on it.

Entitled meant you had worked very, very hard for something and you were proud to earn the reward. It meant you understood nothing automatically came to you and you never expected anything more than you earned yourself – just happy and grateful to get what you had.

Yes, I think I’d like to return to those days. If for no other reason than to get back some perspective on values, fears, communication, and life in general. I hear you, Mom…what’s this world coming to?

Ever ask yourself that question?