I sat in my booth at my first big craft fair thinking “what in the world am I doing here?” Hundreds of people passed me up without so much as a glance at my precious baby gifts. I had worked so hard. Hours at the sewing machine, ironing, packaging, researching. I had made my husband drag half the house to the show to use for displays. He helped me set up and everything looked cute as can be. I took a peek around the other booths and did not see any other vendors devoted to baby merchandise.

I tried to play my lullaby CD for people to hear as they walked by, but the overhead music was loud enough that no one noticed it. I thought about standing near the front of the booth and grabbing visitors as they came by, but then I didn’t want to get thrown out of my first vendor fair. I also noticed that the large majority of people were over the age of 60. Hmmm…wouldn’t you think they would be grandparents? Wouldn’t you think they would want some baby stuff for their grandchildren???? Where were all the expectant mothers in this town? And where are all my friends who said they would stop by?? Panic was starting to set in. And so was a large dose of self pity.

I had an urge to start handing out stuff free of charge just to get rid of it. I got control of my emotions and did some serious self talk. It was time to realize that I was not in control of my business – I had given it to God. I wanted this experience to be one of direction from Him. I had asked Him to show me which way to go with my business. A nice lady at a jewelry booth across the way was so sweet and gave me the advise to “not get discouraged.” I knew that if I was trusting God, I would not be discouraged. I wondered how long it would take for me to release the feeling of disappointment. After all, if I only gained experience and knowledge from this weekend, it would be worth it. My biggest desire is to discover the direction I seek. Financial reward would just be a bonus – although a welcomed one. Maybe us crafters need a bail out too!

Well by the end of the first day I had not yet earned enough to pay the booth fee. But I had gained some idea of what customers liked and what they were not interested in. That was worth a lot to me to know what I could lay down and what I needed to keep working on. It’s often the non-monetary things that give us the most benefit in the long run. My friends and family keep telling me that it takes time to develop a product and know how to market it. Patience is not my strongest character trait, so here I go, learning to lean not on my own understanding of business and life.

Many more lessons to learn. Let me know if you feel the same.

Well, despite the snow that has been falling around here, Spring is on it’s way. That will mean different things to different people. For students and teachers, it’s SPRING BREAK! For Farmers it’s time to go to the field. For gardeners, it’s time to clear the weeds for the new bulbs to poke through. And for some, it’s time to get the motorcycle and bikes out again.

Whatever Spring means to you, I hope you will take a moment to consider the season of Easter. Im not speaking of Easter bunnies and candy eggs. (Although I love them both!) I am referring to the death and resurrection of Jesus our Lord. As a Christian, I am intrigued at the Easter story. The chain of events of just a few days in history is packed full of drama, intensity, sorrow and joy. I must admit that this season means more to me than Christmas time, because it exemplifies the entire plan of God for all of us. It is also free of all the commercialism, preparation and stress that the Christmas season brings!

Our church is putting on a dramatic depiction of the Easter story again this year. It’s called Reflections of Calvary. It is an interactive presentation in that the audience is right up close to the action. I am priviledged to be a part of this drama – this year I play Mary, mother of Jesus. It’s a lot of work and takes up our time, but we are always glad we did it.

I wish you all could come and witness our presentation, but, wherever you are, dont forget what Easter is all about. If you live in the Spokane, Washington area – come see us! Hide the eggs, bake the ham, gather with your family and enjoy this “holyday”.

Like most of you moms out there, I sang my kids to sleep. And now I sing my grandkids to sleep – both when they are at my house and when I am not with them – by virtue of the lullaby CD I recorded. It seems to sooth them and it certainly gives me pleasure!

So I have been reading up lately on babies and music. The latest studies reveal that babies from newborn on up have some reaction to music. Science Daily reported this year that after hooking newborns up to an EEG, they learned that babies had a sense of pitch from birth. Another study reported by Health Day News said that “babies as young as five months old can distinguish between upbeat and gloomy music.” The researchers realized that even babies could “feel” the emotion of the music. Not a surprise to me, but rather a confirmation of what I knew in my heart to be true.

Music feeds the soul. I personally have experienced great emotion when listening to music. We often associate certain songs with certain memories. For example, a special song you and your sweetheart loved before you broke up! Listening to that song can bring emotions to the surface long after the event. But babies don’t have those experiences to draw from. This tells me that there is an element to music that has a life of it’s own so to speak. I happen to believe that music is a creation and gift from God, but whatever you decide, music has a profound effect on humanity, ancient and modern. I for one am very grateful for music. I am pleased to learn that babies share my appreciation.

I have been a writer all my life. Now Im a Grandmother of (soon to be) 6 and have decided to get serious. (Only about my writing) My first book has been sent off to publishers for consideration and the wait is on. Actually, Ive been waiting for over a year already and Ive been learning a lot about the publishing world. As in….it’s TOUGH! In today’s economy, even book publishers are cutting back, not taking chances on unknowns. You cant really blame them.

In the meantime I have been blessed to be able to record a lullaby CD. My daughter talked me into this project…how could I say no to singing my grandchildren to sleep??? So it’s now done and out there to be marketed. I am waiting (againJ) to have CDBaby make them available for sale. Really, it should only be another few days and you will see me on their website…really. No more waiting.

And…in the meantime….while waiting….I have been developing a line of baby products to go with the CD. I will be doing a test of it’s popularity this coming weekend at a large arts and crafts sale in my town. Im hoping and praying for direction and some CASH to pay back my expenses on the CD.

So what is my point? Waiting….it’s never easy, especially when you get the nagging feeling that you are almost “over the hill”. I know you are never too old to chase your dreams…it just takes me longer to get off the finish line. And I have to not be discouraged by all the young ones passing me up!! I’ll get there eventually…don’t count me out yet. Im just “waiting”.

OK, so Im new at this and Im having a tough time figuring out how to set up this page!!! I really dont even know how blogging works – how people find you. I know no one will probably even be reading this post. I would like to have a template more in line with what I do but have had no luck in finding just the right one. I dont know what I would do with it if I did find one!!
Anyway, as you can tell, Im frustrated. I look at all the other blog pages and they are so well done. A lot of Etsy sellers have blogs and I know it’s good advertising for their shop. That is what I was hoping for.
Went to see my Granddaughter play volleyball today. I was so proud of her – she did very well. It’s going to be really fun in the years to come to watch our grandchildren grow and do sports and such. I read recently where “grandchildren are God’s reward for not killing your kids”. It sure is true!
I’ll be back – maybe with a better page :). 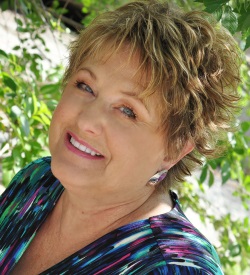 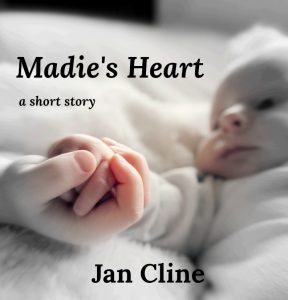