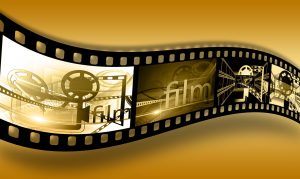 I’m a classic movie fanatic. Have been since I was very young. After the release of my latest novel, All My Goodbyes last week, which is set during WW2, I began to think about all the classic WW2 movies I’ve watched over the years. Like my story, some are based on true facts with fiction thrown in. All of them are memorable to me, but I have made a list of my top 20 favorites. Yes, 20 – this is my short list. I’ve watched the ones on this list multiple times – almost an embarrassing amount of time for some of them.

These stories capture my attention because our country, our fathers and grandfathers, really lived through this time.

So many personal stories are lost, but Hollywood won’t let us forget.

There are many more movies made after 1965 that are truly good WW2 stories, and I’ve over-watched those too, but I tend to like films made before 1965.

I hope you’ll watch some of them when you get the chance. Maybe it will spark you to find out about your loved one’s experiences.

And if you’d like to hear my personal story, pick up a copy of All My Goodbyes here. 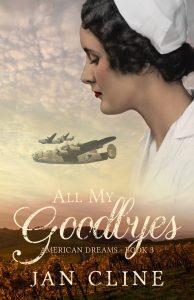 The Guns of Navarone with Gregory Peck, 1961

From Here to Eternity with Burt Lancaster, 1953

They Were Expendable with John Wayne, 1945

The Bridge on the River Kwai, 1957 with Alec Guinness (Obi-Wan Kenobi/StarWars)

The Man Who Never Was with Clifton Webb, 1956

The Young Lions with Marlon Brando, 1958

A Guy Named Joe (remade as Always) with Spencer Tracy, 1943

Since You Went Away with Claudette Colbert, 1944

So Proudly We Hail with Claudette Colbert, 1943

The Nun’s Story with Audrey Hepburn, 1959

The Fighting Seabees with John Wayne, 1944

The Caine Mutiny with Humphrey Bogart, 1954