We have a winner for Gail’s book! Thanks for all the comments and congratulations to Caryl Kane! 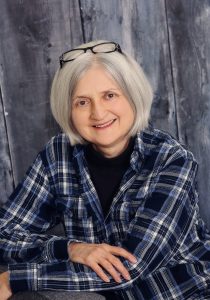 I’ve invited my friend, Gail Kittleson to tell us about her new WW2 release, Until Then. A great read and extra special because of the real life person it’s based on. 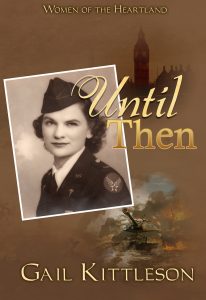 My D-Day release Until Then (after the World War II song), features a real WWII nurse. Dorothy Woebbeking grew up in Waterloo down the street from the Sullivan brothers. Her older brothers played with the five Sullivan boys who enlisted in the Navy and perished together.

Three of Dorothy’s brothers also enlisted in the Army or Marines, and so did she. I think she would appreciate something I read the other day.

So often in the dangerous trek of the Eleventh Evacuation Hospital across North Africa, through Sicily, up the boot of Italy, northward through France and into Germany, she built doors when opportunity failed to knock. The nurses’ first commander’s welcome included a warning: they’d be going home soon, most of them pregnant.

But the nurses persevered and tended the wounded through terrible heat, torrential rain, snowstorms, and a ruthless enemy that sometimes aimed at hospital tents’ obvious white cross. These faithful workers determined to save wounded GIs—or to stay with them through the throes of death.

So did another story, the worst civilian tragedy of the war, which occurred in a poor London borough and would affect the community for decades.

Verbalizing our pain helps at such times, but the war department ordered silence among the survivors, lest Hitler hear and think he’d gained the upper hand. This edict struck me as understandable, yet nearly unbearable.

I’d never tied together two such divergent stories, but the more I wrote, the more I loved them both. Until Then took shape, and so far, readers have provided so much positive feedback—that’s all an author could ask!

Here is an excerpt from Until Then:

The doc stopped near a patient whose chest barely rose and fell. Worse, what was left of his body took up only a third of his blood-soaked gurney.

Sometimes you will see a basket case with all limbs missing…
The surgeon lowered his voice. “The tourniquets failed. He’s

bled out.” He drew a long breath. “Sodium pentathol to the jug- ular—lethal dose. Pronto.”

En route to the supply tent, Dorothy passed a grimy chaplain. Good—at least she wouldn’t be facing this all alone.

Against North Africa’s flat horizon, stifling heat enveloped encroaching darkness. In a smaller tent lined with cabinets of jars and bottles, she rubbed her trembling hands.

Craaack… Someone smacked into something near the tent— hopefully not with a loaded gurney. Profanity echoed as she located the right bottle.

Breathe. Steady, steady… Pull back the stopper. Wait for the glass tube to fill.

Careful to protect the syringe, she pushed a mass of thick damp hair from her forehead, and through a morass of sweaty litter bearers, re-entered the surgery. Halfway to her GI, a tipped-over waste receptacle blocked the aisle.

Beside her patient, the haggard chaplain touched the patient’s head and studied his dogtags. When the GI’s eyelids fluttered, the chaplain whispered, “Psychological shock, but perhaps he’s still cognizant.”

He eased his hands under the patient’s neck. “The Lord is my shepherd…”

Suddenly wide-eyed, the young man shot Dorothy a searching look as she grasped a small pouch of skin below his chin.

“Need a boyfriend?” His jaunty tone matched the light in his eyes, and the chaplain’s slight nod called up her voice.

Pimply blue-gray epidermis accepted the needle. Above, on a wire between two tent poles, a single light bulb revealed the instant effect.

Ever so gently, Dorothy removed the needle. Labored breathing tapered into full silence, and she sought the hankie Mama gave her before she left home. But blood coated her fingers, so she ran the back of her hand over her eyes instead.

The soldier’s head slipped sideways as the chaplain made the sign of the cross. “May you rest in peace…”

Leave a comment for a chance to win a copy of Gail’s book. Your choice of Ebook or print.

You can buy Until Then HERE.